Bile juice is taken twice a day in an unbearable procedure.

For this purpose, the farmers of the Chinese bear farms put a catheter through the abdominal wall into the gallbladder. Through this pipe, a tube without anesthesia is introduced directly into the organ. It is considered as “human” to dispense with the catheter and to drip the juice from a stomach opening operatively connected directly to the bile. So that the animal does not tear the pipe or the tube from the inflamed wound, it is fixed in a steel corset and permanently damned to complete immobility.

TCM: Body and Capital in Balance = The truth: Animal Torture is our capital balance!

If one searches in Google for the term TCM, one finds purposely little information.
Because just and thanks to the Internet, the public has become smarter about the charlatanism of some unscrupulous Chinese and Germans, and does not believe in this mafia business.

Quote from the web page of TCM:

“TCM Pharmatrade GmbH & Co. KG is a pharmaceutical company founded in 2018 that supplies the entire European market via wholesale and its own mail order pharmacy. Its unique selling point is the possession of German and in future also European approvals for Chinese medicine and nutritional supplements with origins in traditional Chinese medicine.” https://tcm-pharmatrade.de/unternehmen/

And…“We – the HH-SH TCM Center GmbH – operate the TCM center in Hamburg (Germany) to show you traditional Chinese medicine. We combine tradition with the latest science and technology!!” https://www.tcmshanghai.de/das-unternehmen/

If there were no more market for such products, this industry would no longer be profitable and would end the exploitation of the animals.
But… the law of the Chinese government waits in vain. The culprit is the Association for Traditional Chinese Medicine (TCM)!
After the State Council’s Resource and Environmental Policy Research Institute (DRCSC) had presented a report that clearly indicated that bear products should expire by 2035 and be replaced with non-animal substitutes, TCM companies even demanded an apology!!!

However, TCM companies continue to insist on bear bile, selling it as a millennia-old tradition. Thus, the bears continue to be held in cruel imprisonment, crammed into wire cages, where they have to endure the daily ordeal of the bile-tap.

Paradox! Although the media reported years ago on this cruel act in the name of Chinese medicine, the more China is focused on economic recovery, the lower it has become.

Profit from animal welfare. Because it does not only affect the bears who have to suffer, but also tigers.

In the wild, the tigers are almost extinct, but it is believed that about 5,000 tigers are being held on Chinese farms – in dirty cages, where they are starving. The adage: only skin and bones, means to the tigers that this is the time when they are mercilessly killed. Once they were majestic creatures, their fur then served as a jewel in some houses of rich Chinese, while the bones have to serve for wine.

In recent years, there has been more and more evidence that China also wants to improve its image in the world public in terms of environmental protection and animal welfare. For example, animal testing has been banned and money invested to find alternative substances for bear bile.
But also the new law allows the survival of China’s bear bile farms and 200 tiger farms. On farms, tigers are bred on a grand scale to make tiger-bark wine and other binge elixirs. According to a report by the Environmental Research Agency EIA, thousands of tigers are bred and then slaughtered. Because the demand for such products is increasing, there are illegal farms or poaching, with bears as well as tigers.

Venus comment:  All this is supported by criminal politics. Everyone seems to have an employment pact with China.

Merkel and her EU Coalition partner have become the slaughterhouse of China. They accept unconditional meat, fur and products from tortured animals.
The politicians do not stop other politicians or governments, on the contrary! there is a permanent, grand coalition in politics  of all parties and directions, when it comes to animals: it consists of animal tormentors, meat lovers, fur friends, circus with wild animal friends , hunter friends and corrupt journalism.

Last but not least, one of them is a disinterested, superstitious population increasingly victim to the criminal animal industry, and with its boundless stupidity and infantilism, promotes criminal animal trade.   My best regards, Venus

Claudine Comment: Isn’t the first time I read or hear about such political involvement in “dirty business”. The animal trade mafia is a cancer difficult to (catch) and cure, since protected by politician and Multinational enterprises. What is behind that? Thirst for money, greed, the pursuit of absolute power!
Until we won’t be able to catch eachone involved into it, more likely things will only get worst.
What about the hunting permission in African’s national reserves? And what about the permission of legal hunt of “endagered species” (because of stupid pretexts) even in civilised country like Switzerland (but the list is extremely long)? And let’s not forget the poachers, scattered across the whole surface of the planet. Over here, in my little country, I’m following with interest the “bad wolf” or “man’s killer bear” which are to be hunted down and killed since they scare the peaceful sleep of some ignorant paesan who think, that they are mean and dangerous…
Back to TCM, it’s trivial nonsense at the cubic, atavic stupidity making people believe that bear’s bile juice or tiger parts are making (sorry writing this in a crude way) man’s penis work better! Still, I do hope that not all the TCM therapist are using these ingredients into their concoctions.
Nature gives us such wonderful gifts, free of charge, but humans are destroing everything… leaving for the future generation only an awfull sight.

What to say about Claudine? 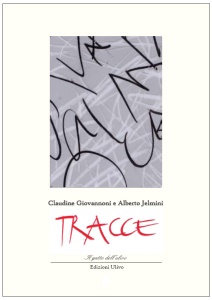